If in fit midst of your busy daily life, you are managing to follow developments at the G7 meeting in Germany, you might be pleased with some of the outcomes filtering out. For example, the G7 countries have renewed their staunch commitments to support Ukraine and announced a new, $600bln investment program in Africa and Asia to compete with China's (often extortionary) Belt & Road initiative. 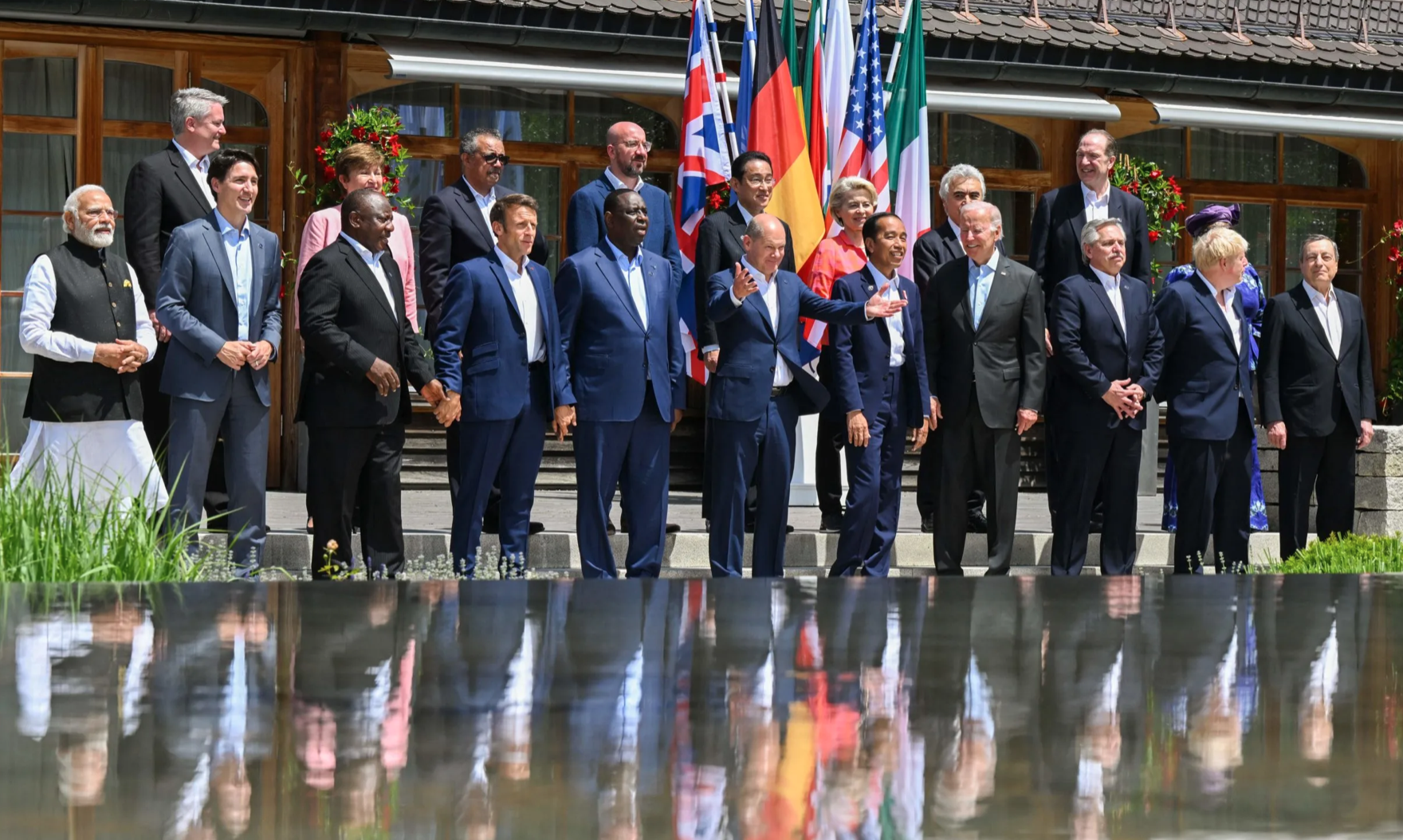 So good news under the sun, but let's not be mistaken - the G7 will not improve our planet or our lives anytime soon. Why? Because the G7 is an exclusionary, mostly outdated club of world leaders where negotiations are brokered among national interests. Now you tell me: has such a thing ever changed the world or barely maintained the status quo?

It's not at negotiation between presidents and prime ministers that we can look for a chance for democracy to thrive or climate change to be stopped: it's among ourselves only. It's popular will, expressed through global and local political action, that society can change fast enough for us to witness a change in tide before it's too late.

Equitsts advocate for a global political system where citizens have a vote and a real voice - from their local council to the United Nations - because we know this is the only way to achieve real change. Until we will not be able to vote for decisive actions on climate, energy companies will always have it easy to lobby their way through existing power structures. Until we will not be able to give a clear mandate to the democratic world to oppose authoritarianism, "trade with X" (substitute X for China, Russia, Saudi Arabia, etc.) will always seem like a reason to look the other way.

So let's roll up our sleeves to build the first global political party in history, and bring our idea across borders, religions, skin colors, and more. If we want to save the day for us and the next generations, we must uproot the system that pits us one against another because of our passport color.

Have a great one,