On September 30, we hosted a community chat with Bharat Saini and Muskaan Goyal, team leaders of Atlas India, and we touched on a taboo subject in India, marital rape.

We all know that the act of rape is and should be a punishable crime. But when it happens between a man and woman who are married to each other, did you know that in some countries this type of rape, “marital rape,” is not against the law?

India is one of these countries, and tragically, 1 in 3 men there admit to raping their wives. Rape, or sex without consent, outside of marriage is criminalised in India, but there’s an evil exemption in this criminal penal code - rape between a husband and wife is not a crime. 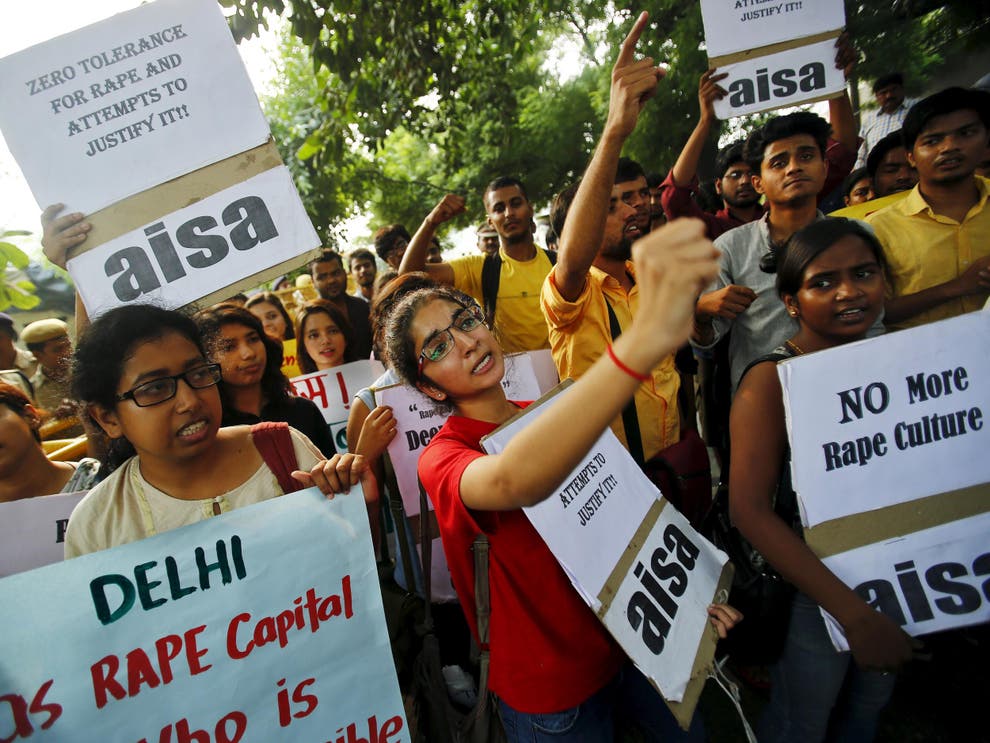 In India, a patriarchal society is dominant. Unfortunately, this leads many men to believe that when a woman marries, she automatically gives her consent to her husband’s right to have sex with her at any time and in any manner he desires. Women are taught that they are first a wife…then a woman.

This problem has been prevalent for a very long time, but sadly, there does not seem to be any progress in addressing it or in protecting married women through the legal system. Why? Because no one is talking about it. Any discussion of sex is still a religious and cultural taboo in India. To criminalise marital rape is to challenge the religion, the culture, and the patriarchal system.

Marital rape is so sensitive that the Indian courts have to “handle with care.” Even when a case makes it to court, it is usually dismissed because of lack of evidence - the woman’s word is not enough. A supreme court judge on public interest litigation (PIL) in 2015 stated that stopping acts of marital rape can only be solved through “moral and social awareness” building and education, not by changing the laws. The courts have expressed reluctance to interfere with or disturb the institution of marriage.

The culture of “blame the victim” is still rooted in a lot of Indians' minds and tends to point the finger at the woman instead of the man, for example by criticizing the victim for her clothing or asking why she was out after dark. There is no recognition of how dehumanizing the act of rape is to the victim. A marital rape is especially traumatizing because the victim has to live with her rapist. 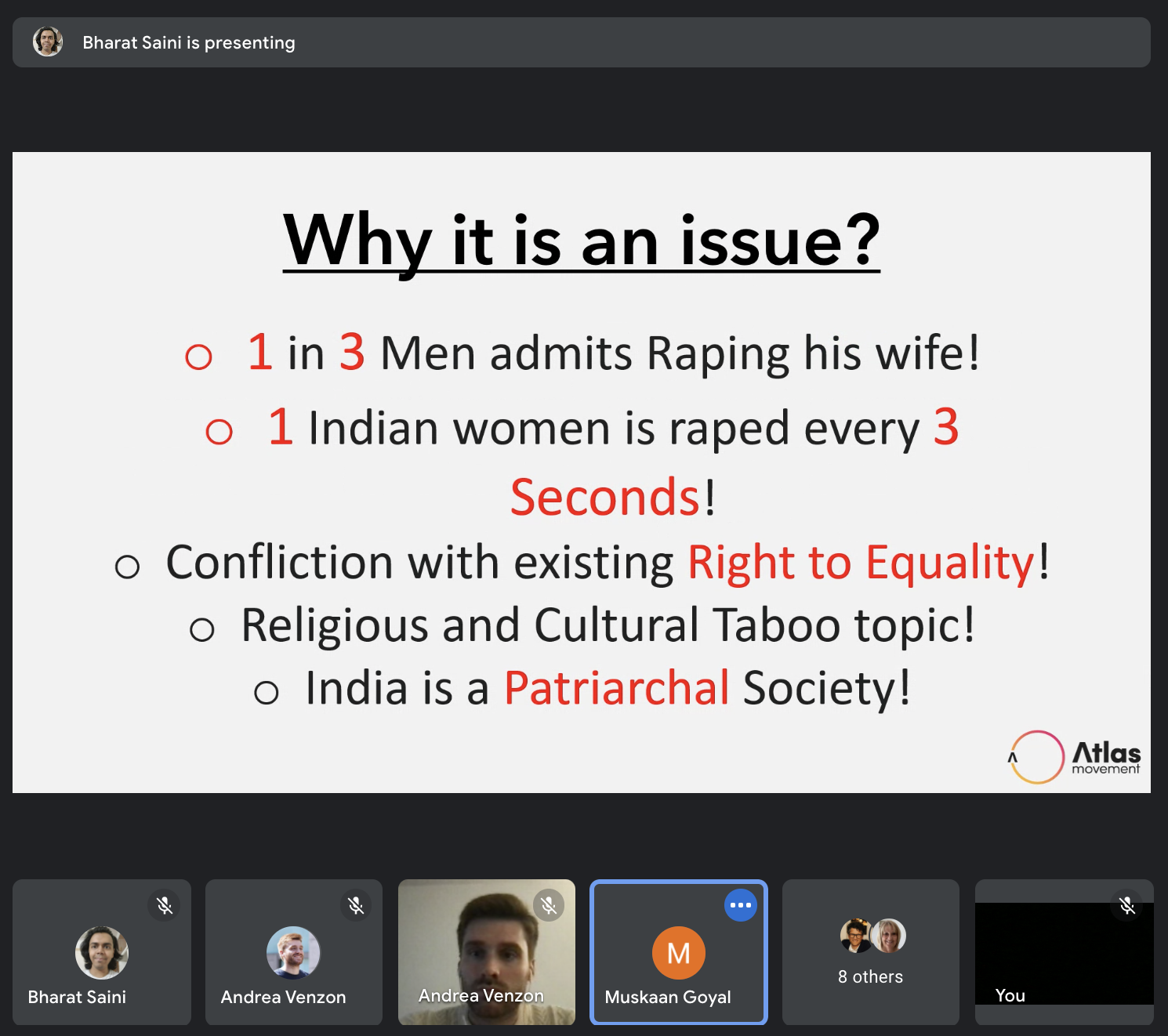 So what can we do?

Atlas supports all human rights, including the right to a safe environment and the right to exercise autonomy over one’s own body. As a movement, we support Team India’s plan to begin by investigating the legal complexities within Indian law and then move forward with raising awareness through:

Research - Understand contradictions between state and national laws and how their legal definitions differ from other countries. Learn how other countries criminalised marital rape and how they manage the issue of proof.

Legal representation - Present a PIL/case file and form alliances with other organizations. Broaden the team.

Youth support - Increase awareness, initiate the conversation, and garner support. Use Pan-India, social media.
Follow the court process and improvise - After a case is filed, follow it through the judiciary system. Adjust and plan further actions according to the results of the court hearing.

What can Atlas as a global organization do to help?

Most importantly, progress from within India must be a first step. We will help Team India as they work to gain support from the Indian youth, communities, and people in all walks of life within the nation. To gain trust, it is important to respect the fact that to speak out requires overcoming strong pressures and taboos.

Outside of India, raising awareness is only the first step as well!

After more support is garnered from within India itself, Atlas will be ready to mobilize people from all over the planet to pressure the Indian government to act forcefully against marital rape. Could religious leaders be a positive influence? Could we connect youth from other countries with Indian youth to engage in open discussions?
Join us - we will never stop fighting to protect Indian women from this horrific crime.

We need more ideas. And we need you to make this campaign happen! Join us today!