When a dictator rises to power and strips all freedoms from their people, how do you keep hope alive? How do you make sure that people living under a dictatorship year after year even remember and understand the benefits of democracy when they hear nothing but bad portrayals of Western countries? How do you keep them motivated to fight for a better life? And how do you keep the struggle in the eyes of the rest of the world so that people living under such a regime are not forgotten and their rights are supported?

To answer the last question, a big part of the answer is: educate, campaign, and spread the word! Atlas did just this when member Vera Horton hosted an online Community Chat for Atlas members on January 6 where she presented an in-depth discussion about Belarus and dictator Alexander Lukashenko’s forced takeover in 2020, the latest in his ever-tightening grip on the country. 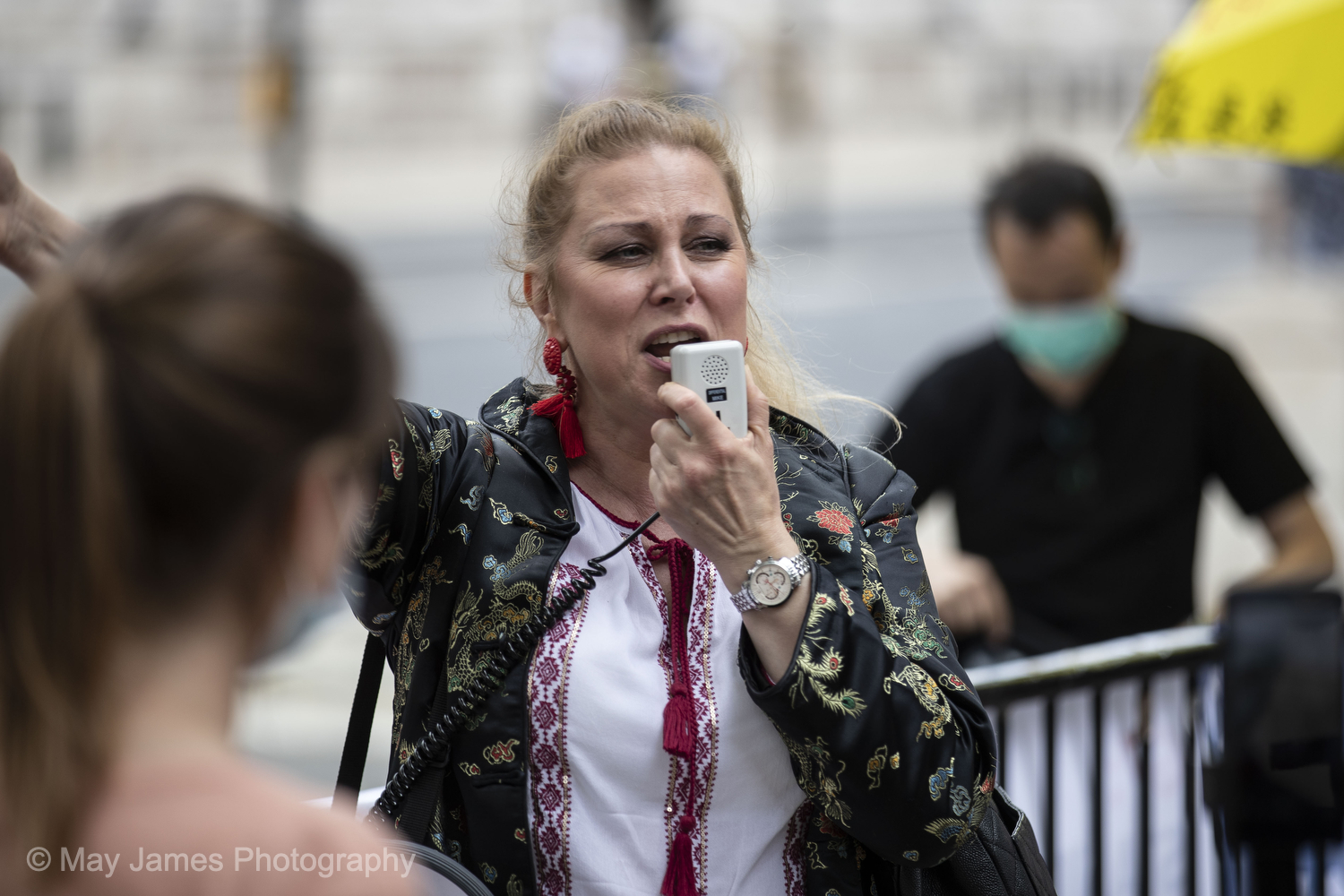 Vera, currently residing in London, is a well-known Belarusian political activist and professional actress. Still living in Belarus as the impact of Lukashenko’s authoritarian regime became apparent, Vera was one of the more than one million Belarusians that left the country after the Soviet Union collapsed in 1991 and Lukashenko came to power in 1994. Now thousands of “old” and “new” immigrants like Vera continue to speak out on behalf of their people. There are currently over 2 million Belarusians living all over the world.

The events that unfolded in 2020 in Belarus prompted Vera to give even more of her time and talents to activism as she continues her acting career as well. She is dedicated to giving a strong voice to the Belarusian people, who are no longer able to stand up for themselves or fight for democracy within their own country without risking serious consequences. Among other activities, she has participated in many Friday for Freedom protests with Atlas.

Join our next Community Chat
Become a member

Protests in 2020 crushed - leaders imprisoned or living in exile

In the early days following Lukashenko’s power grab after his sham election in 2020, three women, Sviatlana Tsikhanouskaya, Veronika Tsepkalo, and Maria Kalesnikava, arose quickly as prominent leaders of the strong protest movement against Lukashenko. Many hoped that one or all of these women would succeed in overturning him, but as time went on, those hopes were dashed as they watched peaceful protests crushed, and protestors, journalists, and democracy supporters were thrown in jail after doing nothing illegal. One of these three women, Maria Kalesnikava, was thrown into prison herself and remains there today. The other two are in exile, where Sviatlana Tsikhanouskaya continues to speak out and Veronika Tsepkala works to help prisoners and actively leads other support efforts to ensure a better future for Belarus. 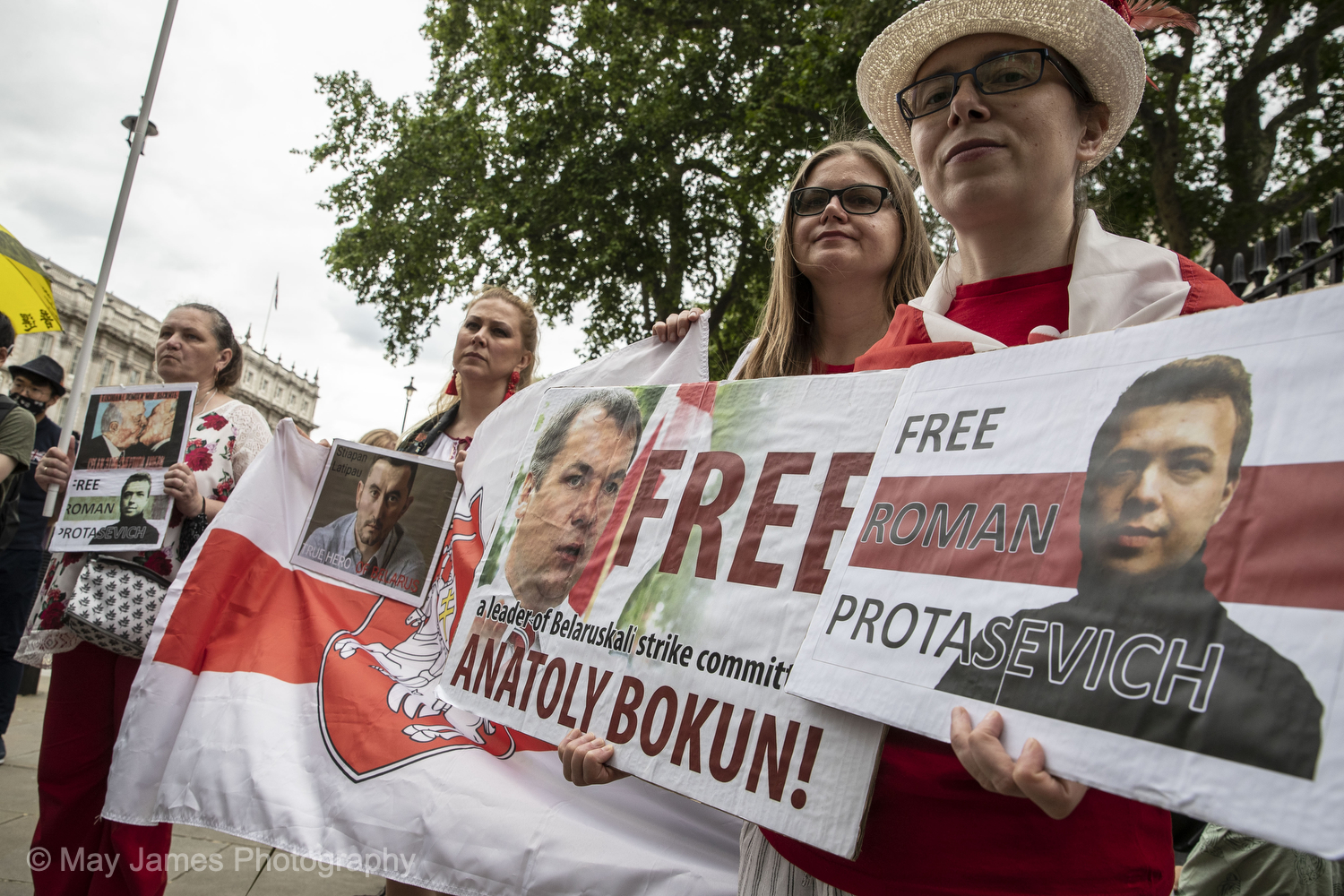 Dangers of apathy over time

As time goes on, one danger is that the people of Belarus no longer know what it would be like to live in a democratic system where their rights would be protected and enforced, where they could express differing opinions, and have fair elections with a peaceful transfer of power. The propaganda they currently receive only points out bad news about “the West.” The longer they live with Lukashenko in power, it can feel safer to live with the known limitations, rather than fight for change and the unknown.

Belarusians also know that to raise their voice against the regime can come at a heavy cost as prison sentences of 10 years and more are being enforced. These sentences are harsh, not only in length but in severity of punishment. Prison conditions are inhumane – with beatings, lack of food and water, no heat, no privacy, not even blankets or decent bedding. In fact, Covid-infected people have been purposely introduced into the prison population – a form of biological weapon!

Optimism in the fight for democracy in 2022

If a part of the solution is educating the world, the next step Vera stressed is organizing a strong campaign for democracy with strong leaders by Belarusians themselves, even in exile. Many Belarusians see now that this step should have been taken immediately in 2020, but it is not too late. Promising leaders and organizations are mobilizing, using various approaches to fight harder than ever for Belarus’s freedom and offer hope for great progress in 2022.

There are huge challenges to operating a government in exile, but Belarusian organizers are becoming more sophisticated and are utilizing every option – including digital means, preparing a strong legal case against Lukashenko for crimes against humanity, declaring him a terrorist, and implementing more focused effective sanctions. Although many democratic countries have implemented sanctions against Lukashenko that are having some effect, much work is still to be done to increase and tighten those sanctions and make them more effective against the regime, without hurting innocent citizens the most.

Unite and stand up for democracy

Although each country has unique circumstances, in Atlas we see similarities among many of our members that currently live outside of their home countries due to authoritarian government takeovers just as Vera has seen in Belarus. We are working to unite people around the world to stand up for democracy, making sure that ruthless, lawless dictators are not allowed to continue in secrecy or go unchallenged and unpunished. Our inspirational and informative Community Chats allow the Atlas membership to hear in-depth accounts of what is really going on in countries experiencing turmoil from people such as Vera Horton who have first-hand, real-life experience. Our knowledge allows us to come together to fight smarter and harder!

Vera’s engaging and honest approach, her humor and vast knowledge of Belarus history along with personal insight made this a discussion we did not want to end! And for Atlas, this is NOT the end of the story about Belarus or anywhere else on the planet where democracy is under attack. 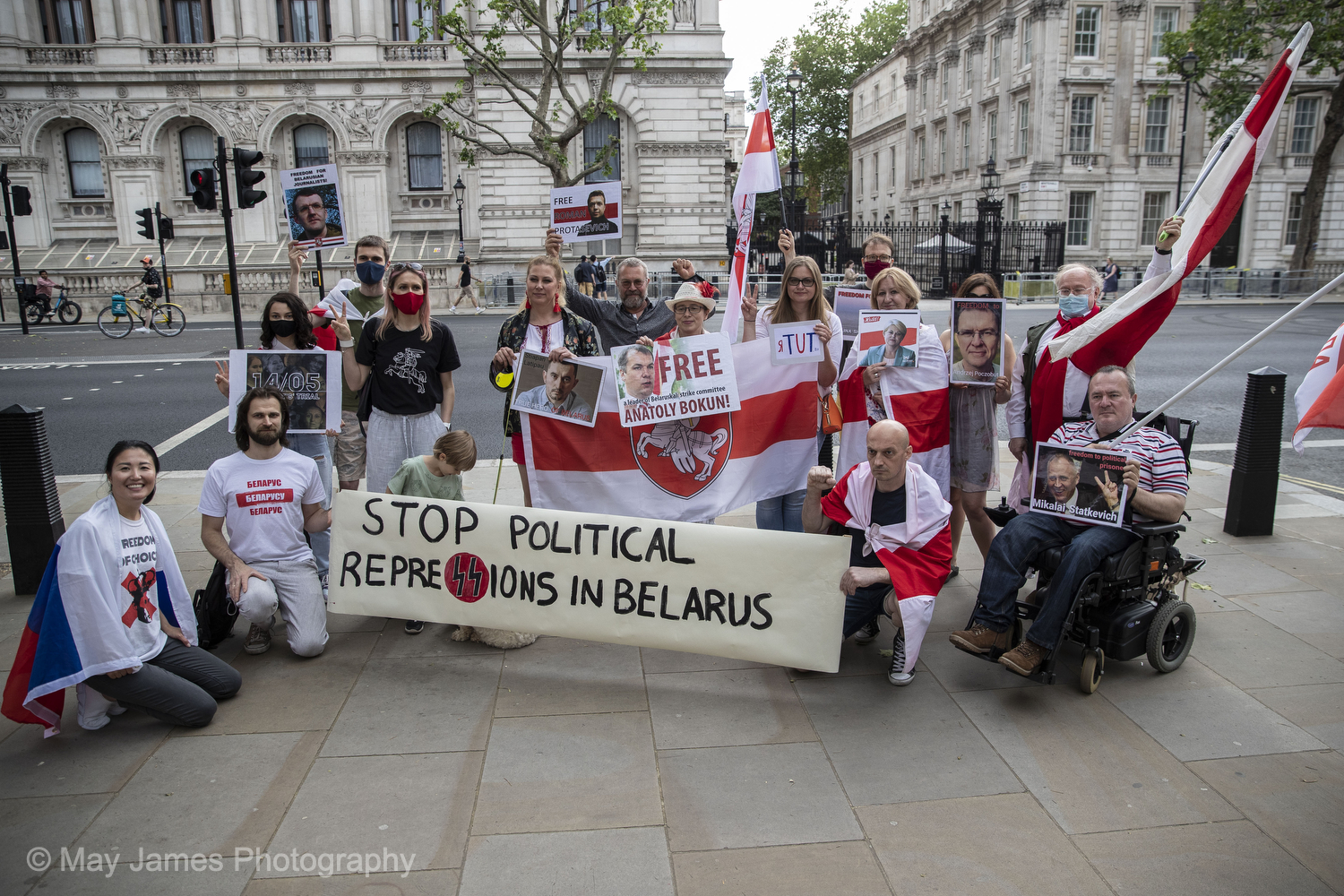