NATO | Give a Ticket to Safety to Afghan Activists

On August 16th, 2021, Atlas launched an online campaign asking NATO to make sure Afghan’ activists at risk who want to leave can fly to safety. Atlas demanded that NATO's Secretary General take leadership and push member states to send planes and ensure that those most at risk - such as women's rights activists - are evacuated from Afghanistan.

In the last couple of hours, hundreds of people from all across the world signed the #TicketToSafety campaign. 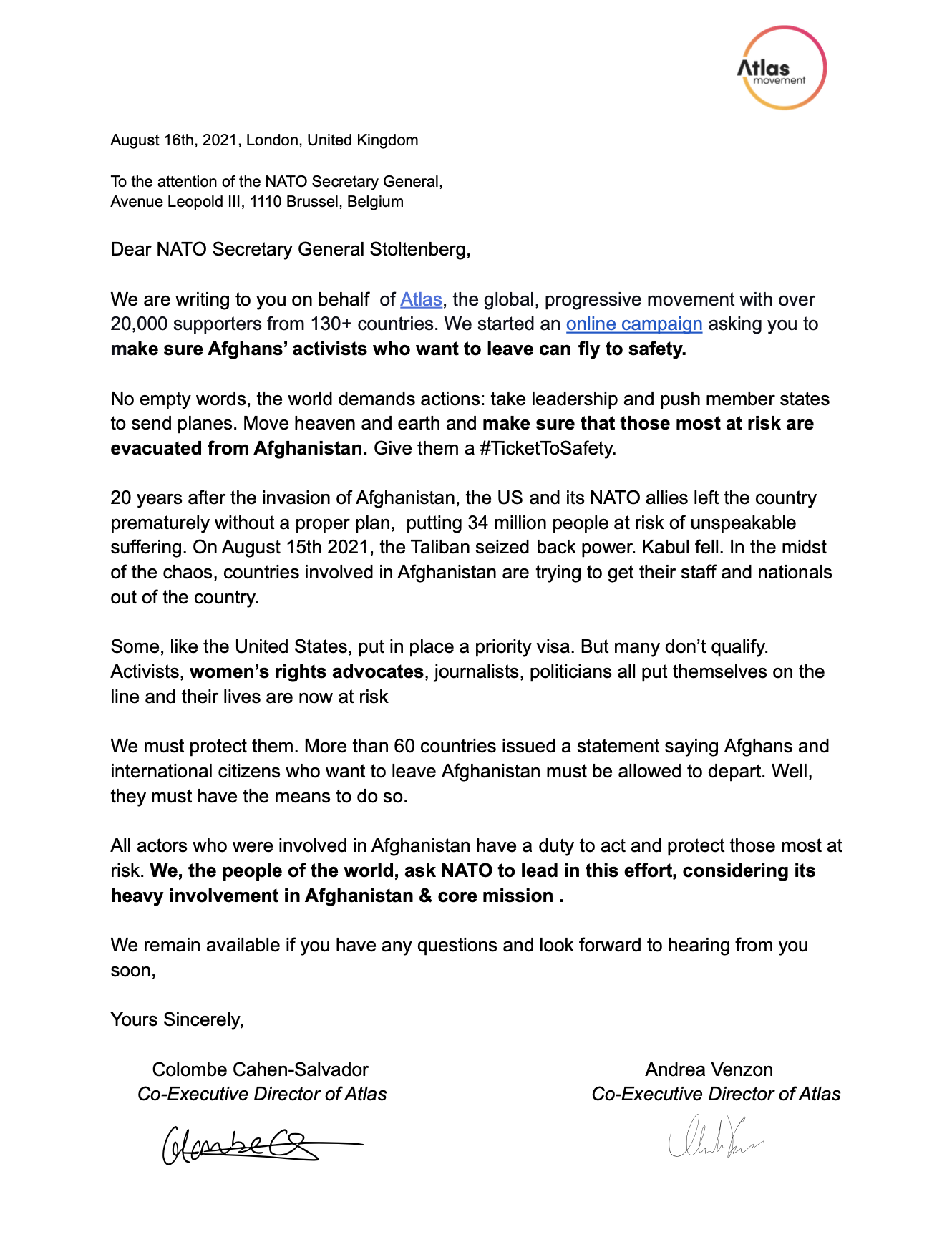