Vladimir Ashurkov says the Kremlin controls everything in Russia, but he still has hope for democracy in Russia. Why?

If you have missed the event, you can watch the full event here! 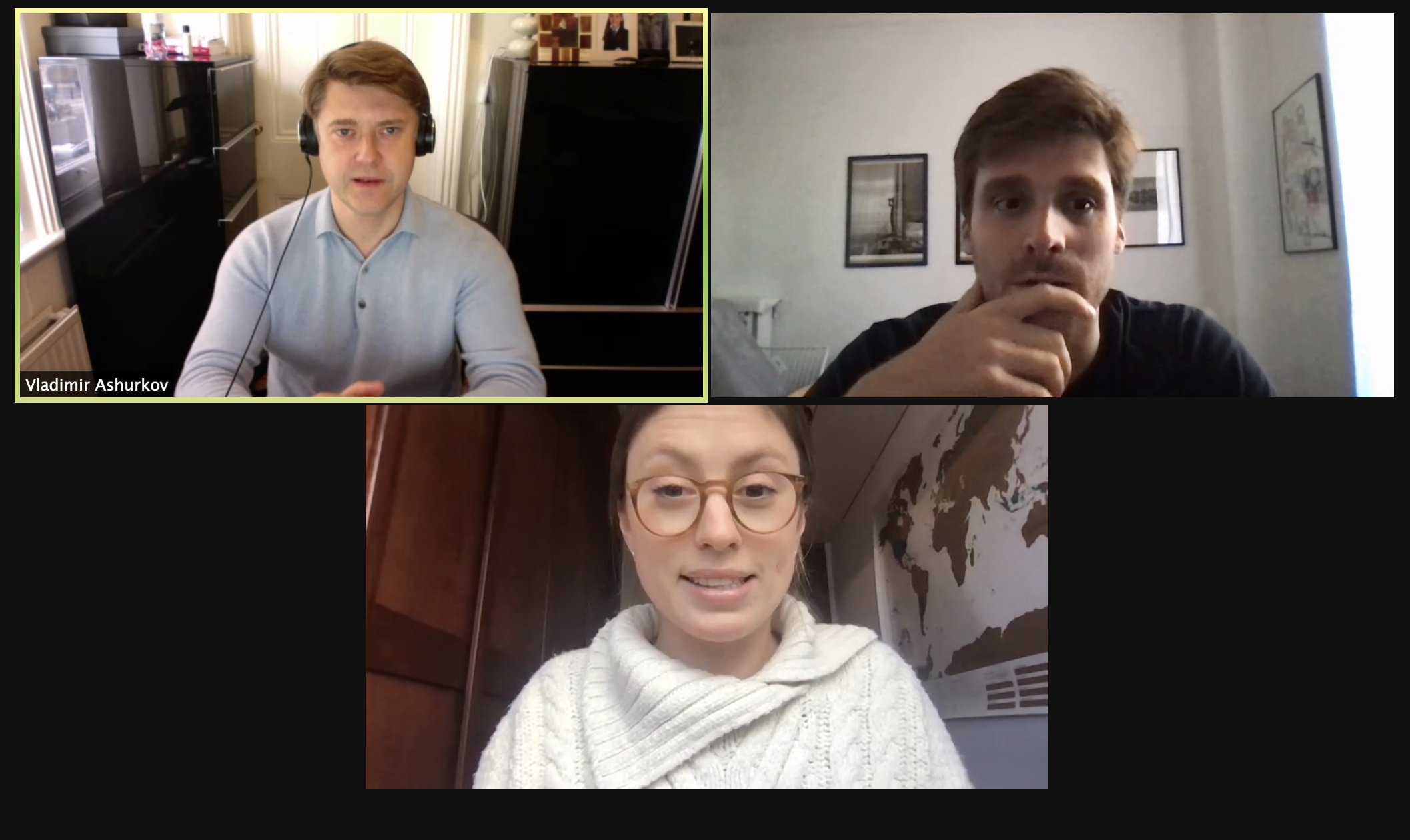 This week, our co-founder Colombe and Andrea sat down with Vladimir Ashurkov, the Executive Director of the Anti-Corruption Foundation. The Anti-Corruption Foundation, based in Moscow, is the organization that was started by opposition leader Alexei Navalny. Since Navalny’s imprisonment, Mr. Ashurkov now carries on the fight. He told us about his hopes for the future.

From Ukraine, Belarus, to computer hacking and nuclear weapons, Vladimir Ashurkov told us why it is important not to overlook the threats the Kremlin poses to global democracy.

How can the world support the democratic movement in Russia? Mr. Ashurkov said the international community should sanction perpetrators; investigate corruption; expose and condemn human rights abuses; stay connected with the Russian people and stop working with the cronies of the perpetrators.

Did you know Netflix partnered with Putin's crony National Media Group in its bid to expand into Russia? Watch our event to know more about it.

There is no silver bullet to push back authoritarianism, but every action counts. It is not an easy fight, but the resilience of the Russian people makes Vladimir Ashurkov see hope.

"It's true that NGOs in Russia are undergoing an extraordinary amount of oppression. But we've always regrouped and come back stronger. I have no doubt this will happen again."

Vladimir Ashurkov is backing NOW! to call on the G7 and democracies around the world to build A League of Democracies to safeguard and innovate our democracy everywhere.

Join us build a League Of Democracies to protect freedom fighters from Russia, Belarus, to Hong Kong, Myanmar, and Venezuela!