As you might be aware, last weekend the Atlas Assembly gathered in Geneva to discuss the future of the organization. In this email, you will find a recap of the work of our assembly and next steps for you to be involved!

But before jumping into it, please read below a short comment from our co-founder Colombe Cahen-Salvador:

Thank you for connecting online across the world for two days. Thank you for following our sessions day and night, depending on where you are based. Thank you for traveling; some did over 12 hours by train.

We are humbled. We are impressed. And we are ready to change the world.” 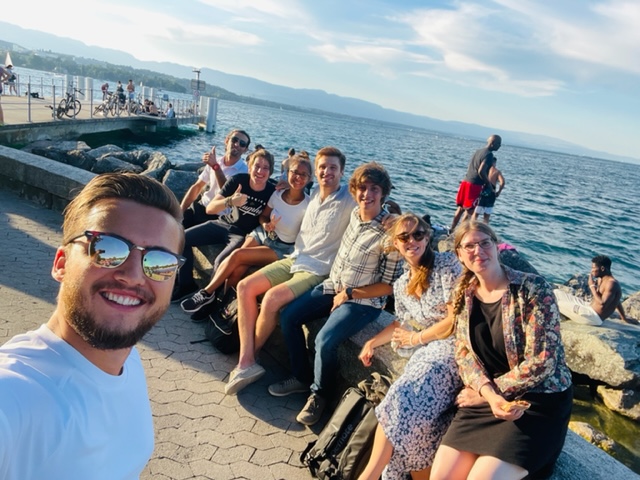 In just two days, by bringing together passionate members and experts, we truly moved forward in building Atlas to become the organization we - and hopefully the world - need today. The Assembly was structured along three main topics, so here you'll find a summary of the outcomes of each of them:

The goal of this segment of the Assembly was straightforward yet very ambitious: can we define today's and tomorrow's biggest problems, where we think human societies should head, and how to get there?

In a three-hour-long session (and before that, months of work by our policy team!), we discussed Equitism, the progressive political philosophy guiding our work, and introduced this new definition:

Equitism is the political, social, and economic ideology promoting access to all fundamental human, civil, economic, and social rights for today and tomorrow's generations. This is encapsulated in the right to Equity, which is the idea that no group of individuals - in terms of race, geography, gender, age, ability, religion, or any other trait - should have less power, benefits, or rights than any other groups.

Once the group felt comfortable about this, we moved on to discuss the policies proposals crafted by our Policy Team, namely:

The debate was truly stimulating, and by the end of the session, we felt ready to open up all these proposals to a vote (see results at the bottom - spoiler alert, they were all approved!).

After a bagel-based lunch for the Geneva crowd, the Assembly moved on to tackle the issue of how we can actually start impacting change beyond what we are currently doing. Basically, what's our strategy?

The session opened with the keynote presentation by Lindiwe Mazibuko, a genuinely inspiring political and civic leader from South Africa. Lindiwe reminded us how important our work for Equity is, how our global approach is innovative and can radically innovate politics, and how we can gain the power to change our communities by winning elections. 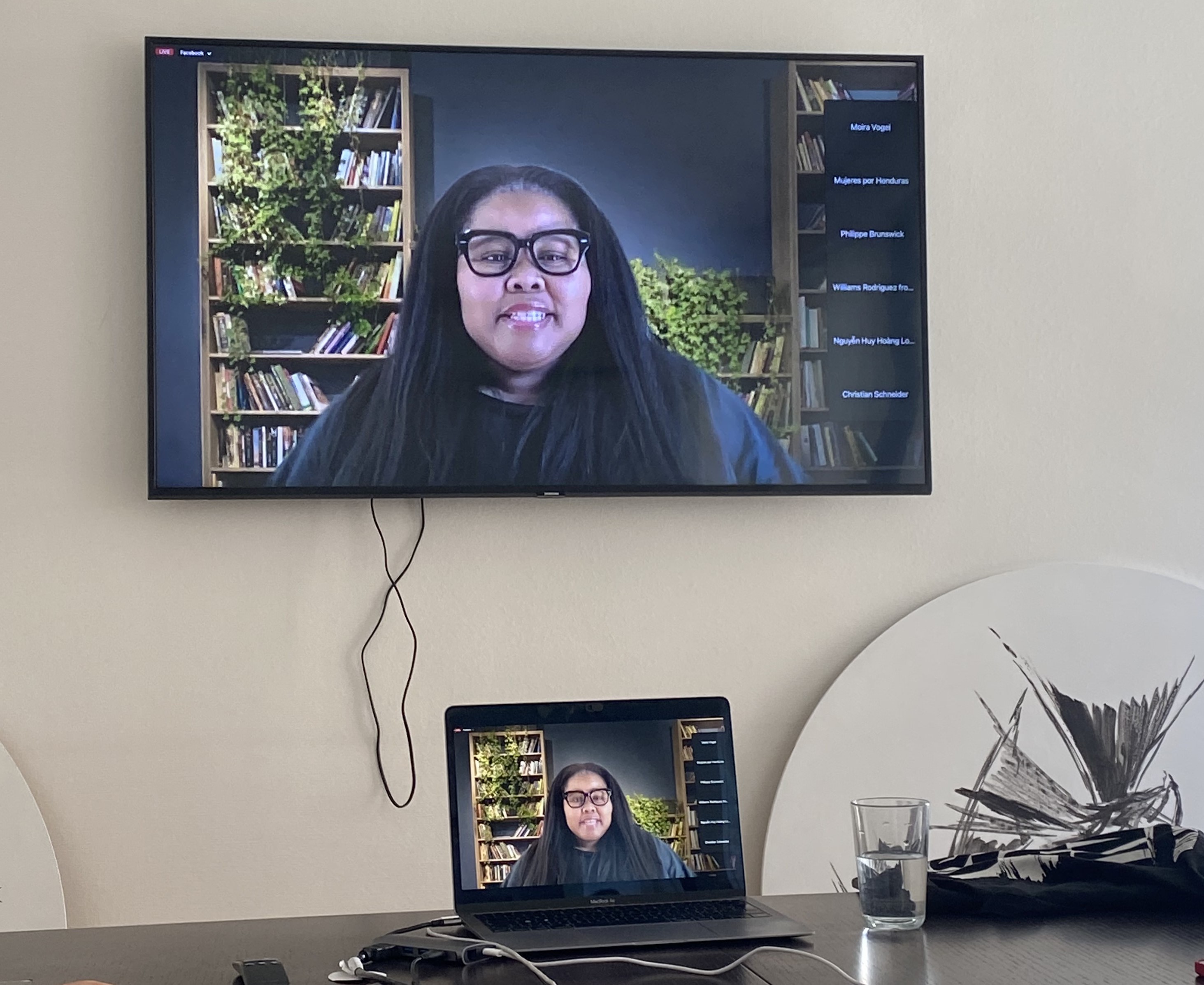 After her inspiring words, the Assembly moved on to discuss whether Atlas could be more effective in taking on the mantle of electoral politics or keep on working as a global NGO/advocacy group. The session featured a very intense and interesting debate, as obviously, no one has the crystal ball to devise the perfect way forward. Most participants agreed that:

These findings are reflected in the next steps you can find below.

To close this session, we also had the honor of welcoming Thomas Garrett of the Community of Democracies to our Assembly. During his keynote address, he focused on the importance of our work in building a democratic front across the planet and the importance of engaging in existing multilateral institutions on topics such as climate and peace.

After only a few hours of rest, our heroes assembled once more for a morning focused on building the structures to enable Atlas to grow and spread, democratically and successfully, across the planet.

As the first event of the morning, we heard from Licypriya Kangujam, a 10-year-old climate activist from India, that very candidly reminded us how important our task is to protect this planet's future. While most were plainly inspired by her words, one participant remarked how fuc*ed up it is that children have to fight those battles because adults are simply failing at it.

Motivated by this wave of positive energy, the Assembly got started by listing principles that we believe are fundamental to building up a great, long-lasting organization - namely Transparency, Inclusivity, Efficiency, Decentralization, Integrity, and more. We then worked on how different administrative levels - Global, National, and Local - can best interact with each other, avoiding "big groups" from dominating smaller clusters of people in internal democracy, as well as ensuring that national political leadership does not hamper our global work, as it often happens in multilateral institutions such as the UN and the EU.

The session ended with the consensus that we will work to craft new bodies and structures along these ideas and elect them by the next Assembly.

Just before closing the works of the Assembly, three members took center stage and deep-dived into topics they felt strongly about.

👟 NEXT STEPS: THE FUTURE OF ATLAS 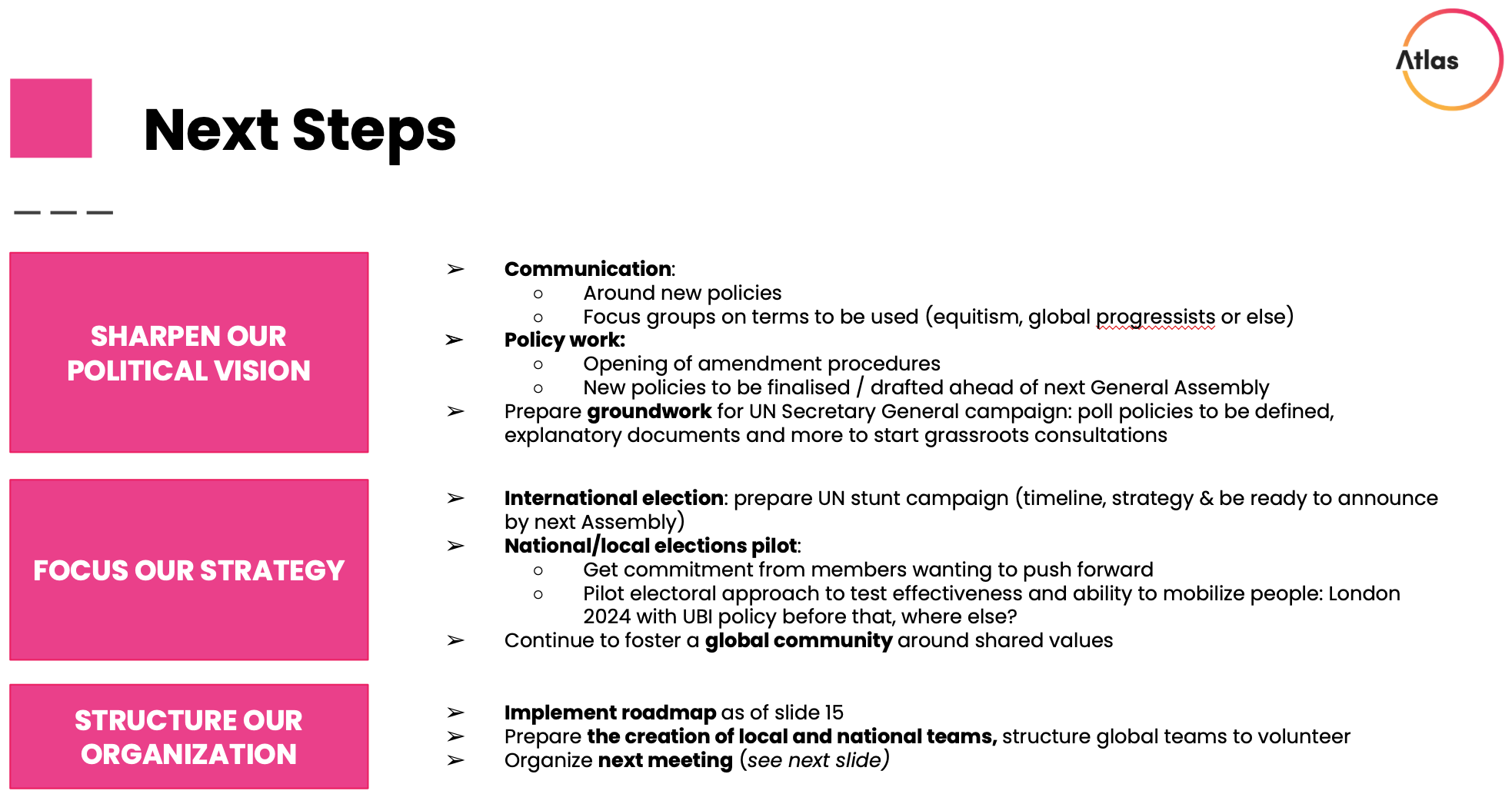 Above, you can read the official next steps coined by the Assembly. But what does this mean for you, reading this email? It means it is time for you to step up your game and help us change the world!

If you are interested in understanding how you can be part of our teams, please join our digital town hall on Sunday, August 14th, 2 pm UK time/9 am NYC/9 pm Hong Kong time. We will share the concrete strategy derived from the Assembly and start organizing all volunteers in effective teams moving forward. It’s time to join forces, for real.

👉 RSVP TO OUR DIGITAL TOWNHALL TO BUILD ATLAS FURTHER 👈

Thank you so much for all your hard work in the last few days and for your untamed passion!

PS: Feel free to send us the pictures you took during the weekend!

How to Build a Country | Season 0, Episode 5

Is it time for a revolution? ✊ Revolutions have always been the engine of change. From the Suffragettes to the anti-Apartheid movement, uprisings push societies in the future 💥. As today we witness increasing social injustices, a revolution might be boiling. For how long...