Atlas’ Freedom Marathon opened on the 15th of September 2021, on the international day of democracy.

In the past 2 days, we heard from activists on the ground about what's happening in their countries and what is the best way to support them. We discussed how we could hold governments accountable and take action.

On the 3rd day of our marathon discussion, we advanced our discussion to how we could innovate democracy!

This is a recap of the 3rd day: “A new utopia for democracy is needed!”! 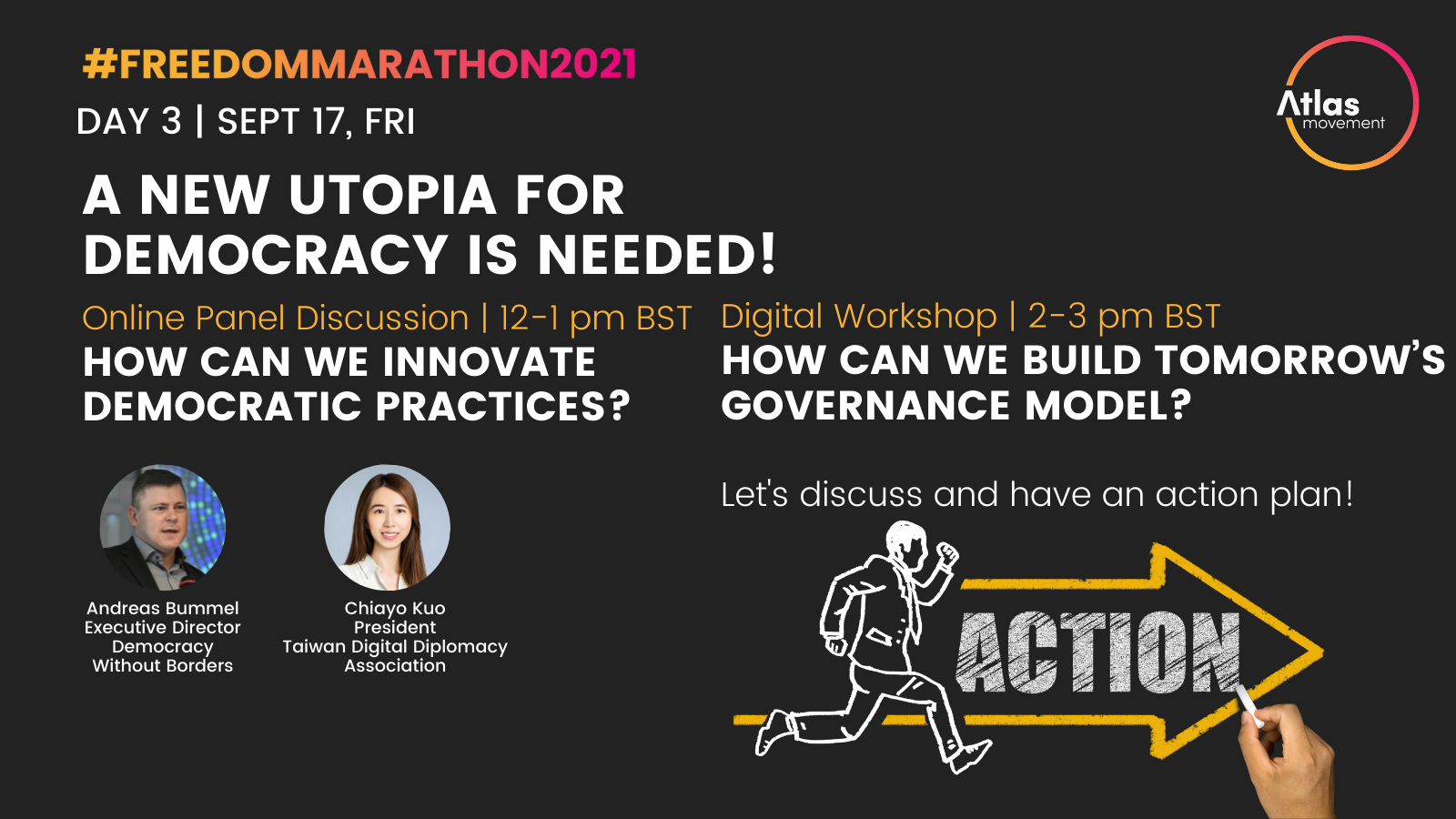 🎙️Panel discussion | How can we innovate democratic practices across the world?

In this panel, we looked to the future to try to come up with concrete outcomes that we can advocate for. We focused both on innovative best practices coming from Taiwan, that can be used at all levels of governance, and use that to talk about how to create a participative global democratic governance system. 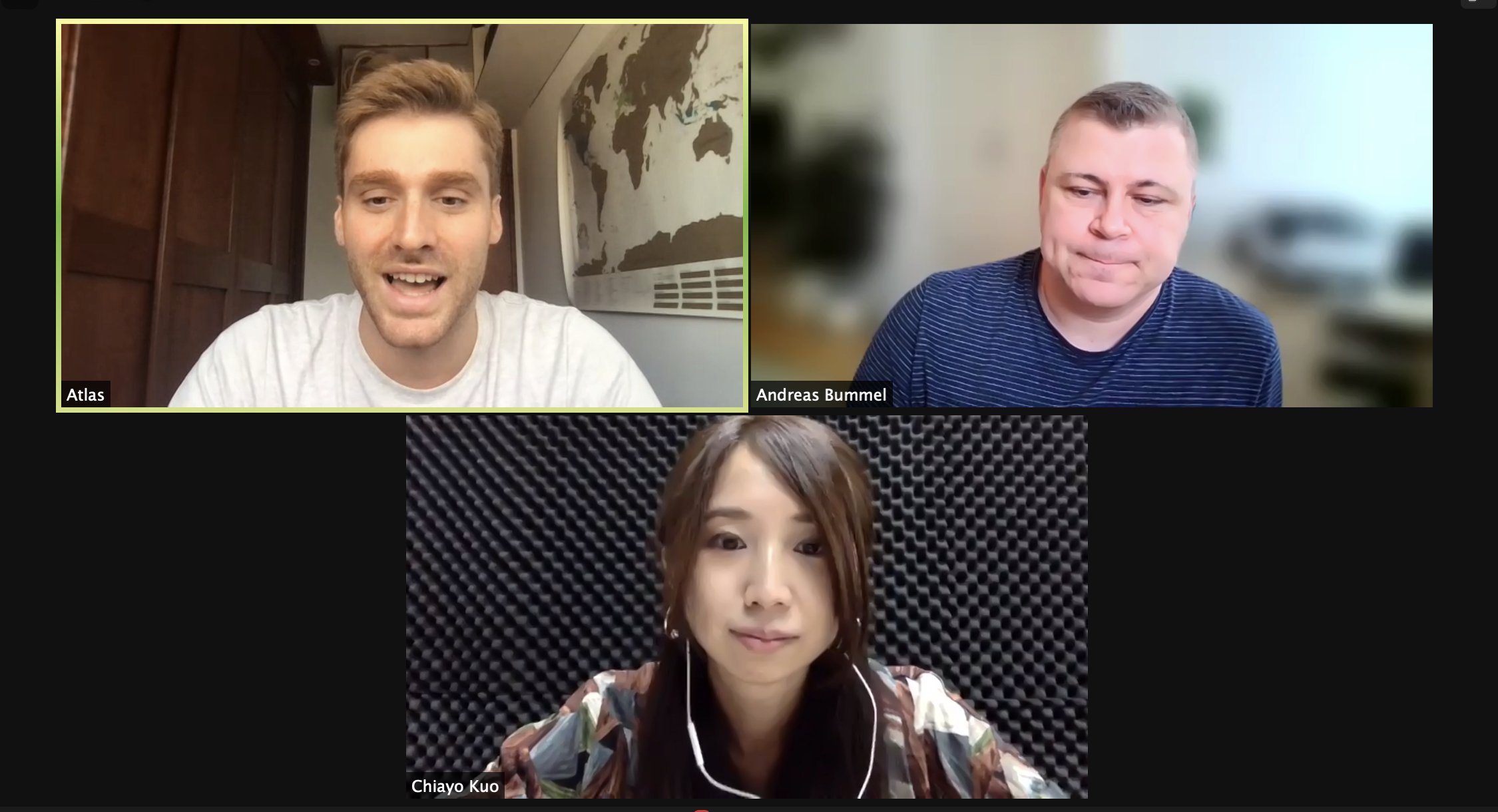 Here are some of the key recommendations that the speakers had for the audience, on how we might support one another for democracy:

Following the inspiring panel of Day 3, several members and participants gathered to discuss how to create an innovative, global governance model! Inspired by the debate, more than 20 proposals were debated in the session. Find here some of the most acclaimed ideas: