Atlas’ Freedom Marathon opened on the 15th of September 2021, on the international day of democracy. Following the first day’s events, we gathered again to discuss how to ensure that democracies don’t backslide. Indeed, the best way to promote democracy is to lead by example.

This is a recap of the second day: “Democracy is never won, but always remains to be won”! 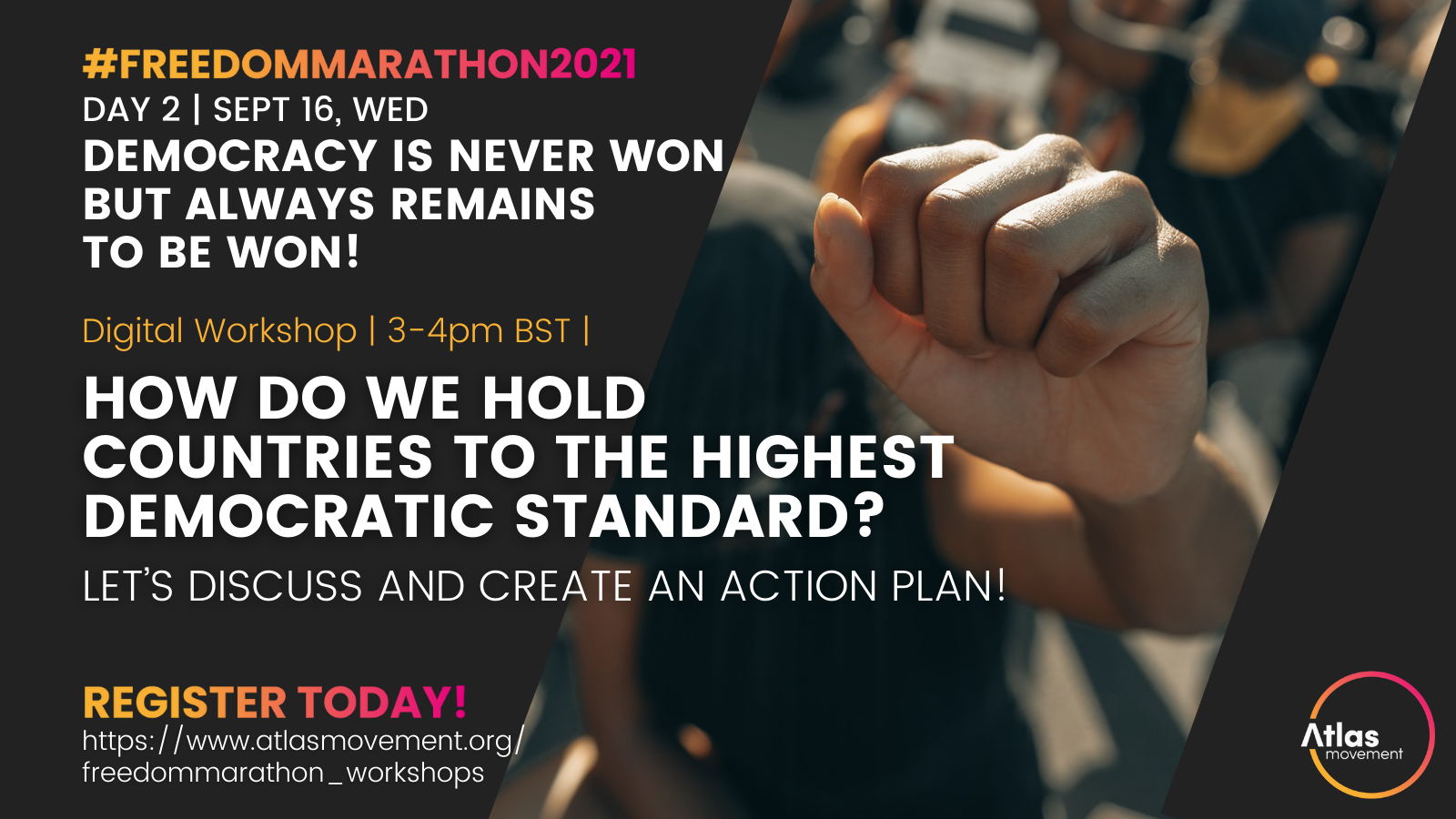 Workshop | How do we hold countries to the highest democratic standard? Let’s discuss and create an action plan!

After an introduction by members of Atlas’ policy team, the audience proceeded to developing the ideas, debating them and extracting a concrete plan of action for each on a digital tool called padlet.  In this workshop, some key ideas came out, including: