October 12 is the National Day of Spain, “Día de la Hispanidad”, literally translated as the “Hispanic Heritage Day”. It is a day to celebrate the Spanish legacy, the “hispanicity”, to the world especially in the Americas. But what are we celebrating?

This year, as we rectified “Columbus Day” to “Indigenous people day” and honors indigenous people's histories and cultures, we hear Omar’s reflection on his Spanish identity on the National Day of Spain. 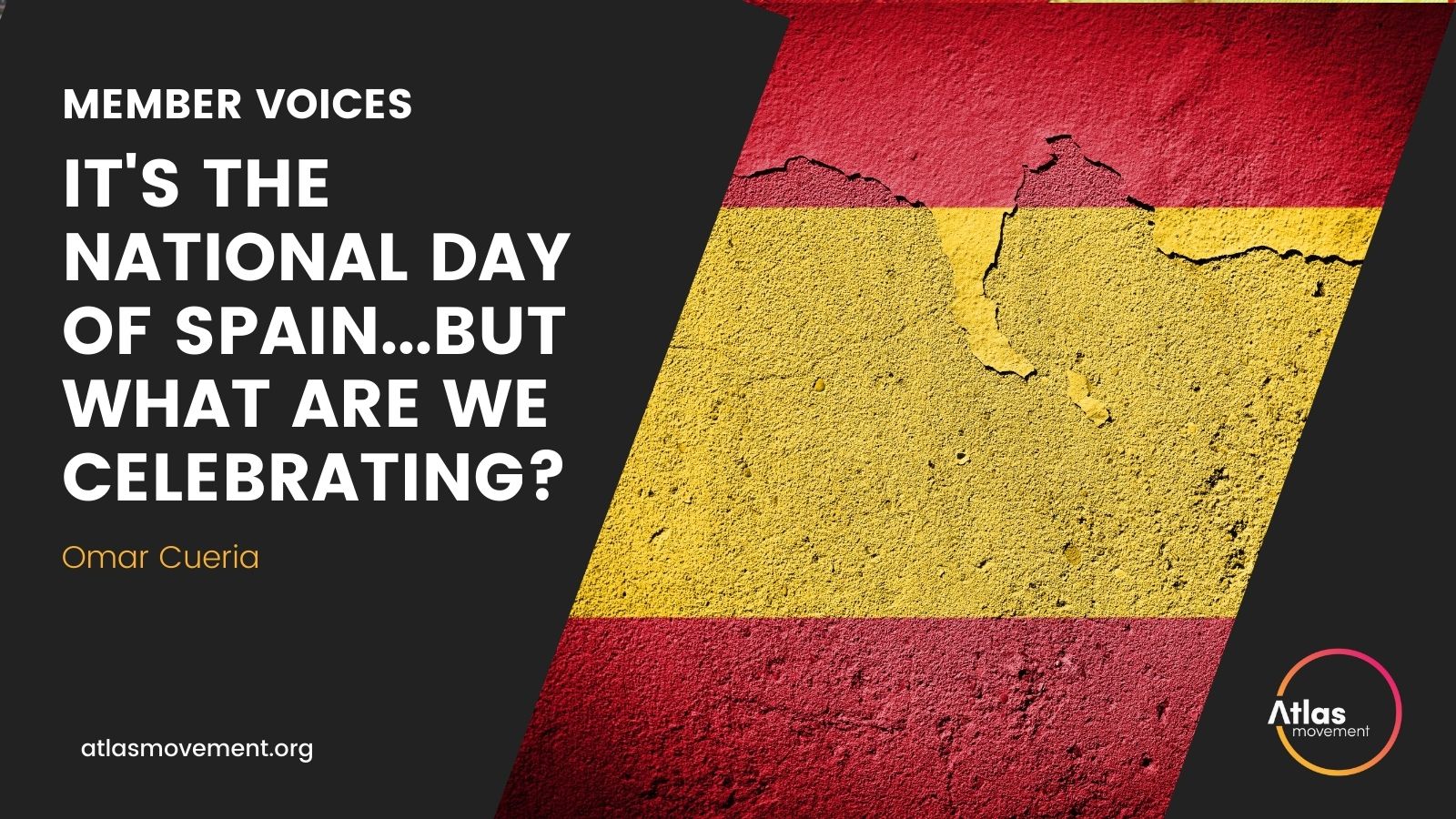 Today is a rather controversial day in the history of my country, Spain. 529 years ago, a Genoese named Columbus arrived in what he then thought was Asia and would later be called America.

An Anniversary full of controversy

This anniversary is once again full of controversy because of what it meant for part of the original population and the native peoples that already existed: from the north with the Mayas and Aztecs to the south with the Mapuches.

Although there was a British myth behind all this to go against the Spanish empire, historical evidence shows that everything is much more complex. This attempt at "civilization" brought with it blood, slavery, and the power of a ruling class in the Americas Spanish origin.

The same thing would happen in Brazil with the Portuguese power, although from the perspective that from the 19th century and until the Liberal revolution of Porto the empire had its headquarters in the colony itself.

Who is Spanish? Says who?

Even today, in Spain, it is clear how Latin Americans have an inferior position in our society. There is enormous racism in a good part of the "white" Spaniards towards the people of Latin America, especially according to their skin colour. Even in relatively diverse big cities like Madrid, it still gives the feeling of division. A good part of the population in Spain still do not much about the history of Latin America.

Latin America is a strong continent with enormous diversity. I believe that Spain and Latin America should always have a relationship of brotherhood and collaboration, but never of the superiority of one side. And for the people in Spain, we need to seek new identity challenges that unite us all as a country.

Atlas is a member-powered movement - join us! On October 1st, the National Day of Communist China, Atlas took to the streets and co-organized a huge protest 🪧 in Piccadilly Circus in London. As the Equitist movement, freedom & democracy are paramount values we...